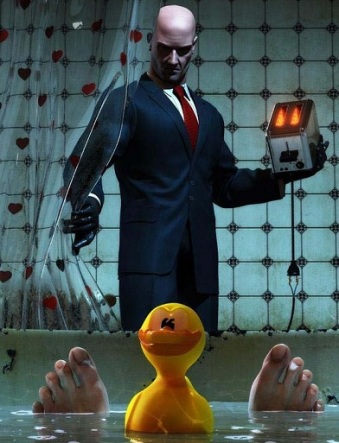 The view shifts to “instinct mode” and everything is rendered in slow motion. As I was trained to do in an instinct mode tutorial, I make Agent 47 line up a series of careful head shots that include the assassination target. Two seconds later the game jumps to a pre-rendered cinematic. Agent 47, scowling like someone on the toilet who has only ever eaten cheese, loses sight of the girl he means to rescue. He punches his victim and takes his car keys. The wounded man, having just been shot through the skull a second ago, is bleeding from a chest wound. The game has had me tracking this man for quite a while and, despite the setback of the kidnapping, I might be about to receive some valuable information about 47 and the story as a whole. I am meant to feel like all of this is part of an important moment in the game’s grand tale of redemption.

“I’ve got wood,” the target coughs out.

47 turns away and as the screen fades to black the dying man finishes the last sentences he will ever speak before shuffling free this mortal coil.

Jesus fucking Christ, IO Interactive. What are you doing?

END_OF_DOCUMENT_TOKEN_TO_BE_REPLACED 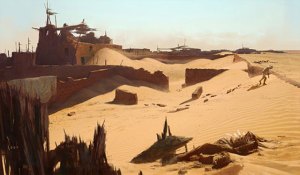 The general consensus seems to be that Uncharted 3: Drake’s Deception is a bit of a letdown when compared to Uncharted 2: Among Thieves. I suppose there’s a whole, gigantic article to be written about why this will always be the case with sequels of sequels (and on and on) but, to be honest, I feel like I’ve been banging on about that kind of thing in a column I write long enough. Instead, I’d rather try to talk a bit about a problem with Uncharted 3 in a a different way.