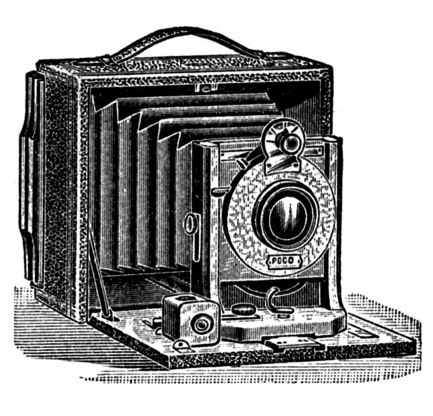 There is a sense, in the modern world, that we are always being watched. Our web browsers, our phones–nearly everything we do in our daily lives is monitored to some degree. For the most part, we manage to push this knowledge aside by making jokes (“I just said ‘bomb’ on the phone: they’re listening now”) or supposedly acceptable rationalizations (“I don’t do anything illegal online anyway”).

But then something happens that forces us to reevaluate. Something like Edward Snowden revealing the staggering breadth of the NSA’s international surveillance practices in 2013 demonstrates the frightening extent to which the average, supposedly private citizen is being watched. When we’re reminded that we’re living in a world where so much of our lives are recorded, tracked, and monitored, the effect is chilling. We are forced to confront the fact that true privacy is gone–that it seems to have vanished without us truly noticing.

Camouflaj’s République is meant to shake us in this way. It’s meant, in the tradition of all dystopia fiction, to show us how bad things could be if the reality we live in was exaggerated by only a minor degree.

République is the story of Hope, a young woman who lives within the confines of Metamorphosis. Metamorphosis is part private school, part camera-assisted Panopticon prison complex, and is ruled by despotic figures like the cult “visionary” Overseer and strong-arm disciplinarian Mireille Prideaux. The tone of the game is initially familiar, its portrait of suppressive government borrowing liberally from the totalitarian visions of Orwell, Huxley, and Bradbury, but its surveillance-centred version of dystopia feels more distinctly contemporary. République, which sees sophisticated technology as the means of personality-erasing control, is a 21st century take on a well-worn genre. As a result of its focus, its argument seems concerned less with specific political theory (though The Overseer’s goals are called fascist at one point, he seems to either admire or disdain figures from all historic political parties equally) and more on exploring the frightening concept of a life lived under constant watch.

As Hope attempts to escape Metamorphosis, the player, having taken the role of a helpful disembodied observer, assists her by jumping between the security cameras nesting in every corner of the facility. Positioned as an all-seeing guide, the player/cameras are able to lead her past guards or through computer-locked doors. On her own, Hope is essentially human–only capable of seeing what’s immediately in front of her and unable to manipulate the systems that lock jail cells and gate off the areas she needs to access. With the assistance of the player’s omniscient camera control, though, she becomes more than an individual. Like the oppressors who keep her captive through constant monitoring, she can use technology to become more powerful than any single person could otherwise be. The player helps her to distract a guard by causing a telephone to ring, allowing Hope to slip through a hallway unobserved; s/he checks patrol routes by swapping between camera feeds, finding opportunities for Hope to sneak past.

This central mechanic of controlling cameras and electronic devices to guide Hope to safety is well-suited as a way of reinforcing République‘s narrative purpose through gameplay. It allows the player to assume a sort of godlike power over the characters inhabiting Metamorphosis, watching the every move of hero and enemies alike. What’s most interesting about République, though, is the way in which these mechanics suggest a possible subversion of the very means of the surveillance state’s totalitarian control. 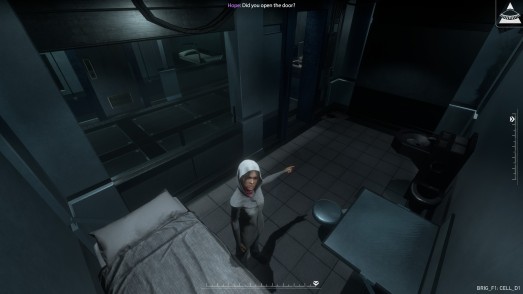 The villains of République are only able to keep Metamorphosis’ citizens under their thumb through the use of sophisticated and invasive technology. They are able to ban books by altering the content displayed on e-readers; they can track anyone’s movement through both visible and hidden cameras; they can hack private devices to mine data on individuals they intend to accuse of criminal acts. But just as the surveillance state allows for absolute power, it also provides Hope (with assistance from the player) an opportunity to subvert its intended targets. This is illustrated best in the game’s third episode, which sees the protagonist breaking into Metamorphosis’ giant server banks in order to steal private information on guards. The player listens to personal voicemails and intercepts telephone calls to frame her enemies for crimes they didn’t commit. Once they’ve been arrested, Hope can sneak to new areas of the facility. She uses the tools that give her oppressors authority, re-purposing them to chip away at their control over her.

This works to make République a compelling snapshot of our time–our collective anxiety made playable as the audience is turned into a subversive agent of the totalitarian surveillance state. The player is given a chance to not only see the effects of Metamorphosis’ technological monitoring on the game’s main character, but to take control over that system in order to help erode its efficacy. What happens by the time the game’s story is finished–by the time its fourth and fifth episodes are released–will influence how successfully the themes underlying République‘s premise are examined, but, even unfinished, it’s a compelling work. Sitting in front of our computer monitors, watching Hope evade guards through in-game screens, serves as a reminder not only of how thoroughly our lives can be controlled by an unchecked surveillance state, but also of how those same tools of oppression can be subverted by those who are forced to exist under its watch.

Reid McCarter is a writer and editor based in Toronto. His work has appeared at Kill Screen, Pixels or Death, Paste, VICE, and The Escapist. He is also co-editor of SHOOTER (a compilation of critical essays on the shooter genre), runs Digital Love Child, and tweets @reidmccarter.